For the moment we can’t take new orders until further notice. We are now processing the overwhelming amount of reservations we’ve received after the launch of our 1969 DeltaWorks and 1941 Grönograaf. Thank you for your patience and understanding.

Close
Back to top 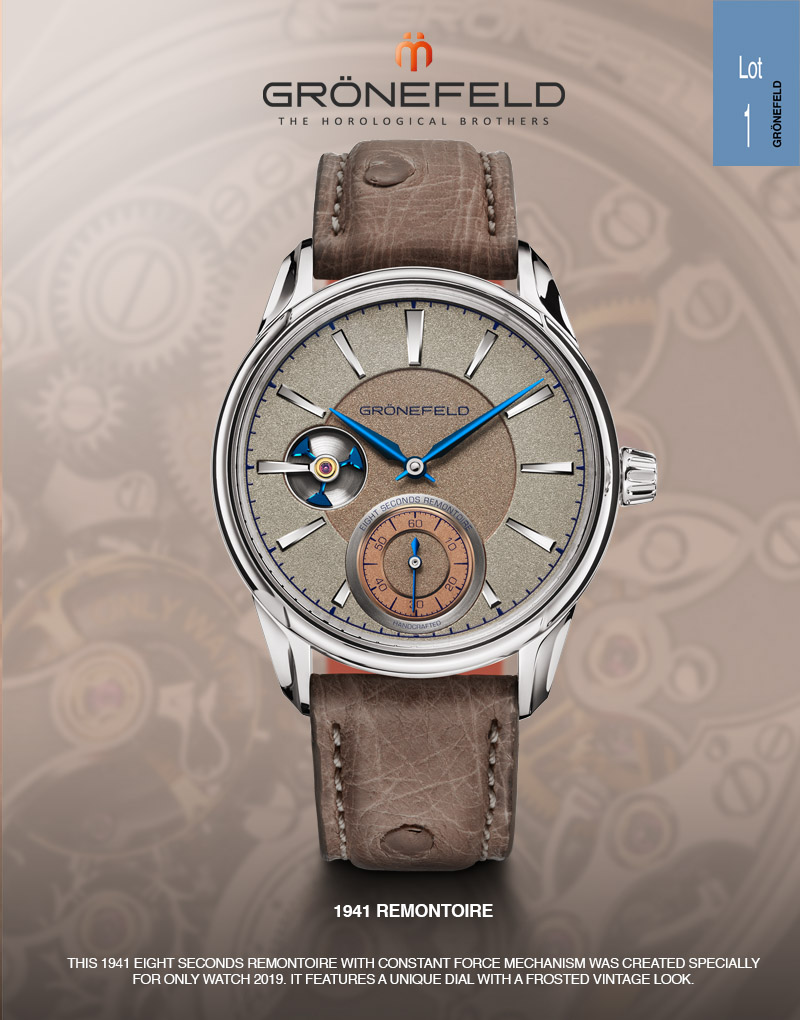 For the 8th edition of the biennial charity auction in Geneva on November 9th. We proudly support the research on Duchenne muscular dystrophy by participating in Only Watch 2019.

Launched in 2016 as a limited edition of 188 movements only this 1941 Remontoire proved to be a huge success for The Horological Brothers Bart and Tim Grönefeld. Getting near to the end of its production they managed to reserve one unique version of this award-winning timepiece in the category men’s watch at the Grand Prix d’Horlogerie de Genève in 2016.

The Grönefeld 1941 Remontoire features an eight seconds constant force mechanism, ensuring the force serving the balance wheel does not wane. From the mainspring being fully wound to the last minute of its power reserve, the force never fluctuates. The result is that the amplitude and rate remain consistent, leading to superior precision.

From the outset, Bart and Tim always envisaged the Grönefeld 1941 Remontoire as a watch intended to appeal to the most discerning of watch collectors. It was therefore imperative that the movement was befitting of such a timepiece, appealing to the exacting requirements of purists.

The stainless-steel bridges replicate the facades of the Dutch houses, termed 'bell gables' and reference the homeland of the Horological Brothers, Bart and Tim. The bridges are hand-beveled, evincing a brilliant gleam, while the centres deliver a sublime contrast with their micro-blasted surfaces, adorned with relief engraving. The movement includes a balance wheel with white gold timing screws and is equipped with a free-sprung over-coil hairspring with triangular stud. Gold chatons stand testament to the no-compromise specification of this movement whilst mirror polished screws feature chamfered rims and slots. Numerous surfaces glisten, courtesy of mirror-polishing which has been patiently executed by time-served hands. The inventory of different surface decorations will sate the desires of any purist and include snailed, grained, spotted and frosted surfaces.

Case The sculpted 1941 Stainless Steel case is executed with a specially shaped cutter to create its characteristic hollowed, concave recesses and convex surfaces. In between each additional cutting phase, the case is polished prior to the next stage of milling, ensuring the precisely defined contours of the case are retained. This process proves incredibly time-consuming but the outcome justifies the effort.

Caliber The remarkable G-05 caliber features an eight seconds Remontoire mechanism. It delivers a constant force to the escapement thus leading to better isochronism and precision.

Dimensions Measuring 39.5mm in diameter, with a restrained height of 10.5mm, the 1941 case is the epitome of elegance, courtesy of its discreet, graceful lines.

Specifications This Only Watch edition has a frosted middle case that is in harmony with its unique frosted dial. A blue governor is visible at 9 o’clock and spins every eight seconds when the Remontoire constant force mechanism is functioning. This typical Grönefeld movement with stainless steel bridges and jewels set in gold chatons is entirely hand-finished to the highest level.

For the 8th edition of the biennial charity auction in Geneva on November 9th, we created this 1941 eight seconds Remontoire with a constant force mechanism.

It features a unique dial with a frosted vintage look. We proudly support the research on Duchenne muscular dystrophy by participating in Only Watch 2019.

Result The auction has now ended and Bart & Tim are proud of the result achieved. This special 1941 Remontoire was eventually sold for CHF 70,000. Click here to view the result.

Proud winner GPHG Award 2022 From Oldenzaal to Manhattan… WIJ ZOEKEN
nog steeds
VAKIDIOTEN Vacature Office Manager Fully booked! No new orders until further notice Grönefeld Moved
To A
New Building WIJ ZOEKEN
VAKIDIOTEN The Grönefeld 1941 Principia Preselected at the GPHG Grönefeld 1941 Remontoire Only Watch 2019 Wij zoeken decorateur(s) (m/v) Gemotiveerde horlogemaker gevonden! Grönefeld attends the next SIHH We made it to the finals of the GPHG! Grönefeld is a member of the FHH Grönefeld exhibits at the Watch Fair Luxembourg Video of the 1941 Remontoire The 1941 Remontoire Unique parallax on quill & pad Come and visit us in london Parallax Tourbillon nominated The renaissance of the Dutch Golden Age Grönefeld watchmakers since 1912 Grönefeld in the news 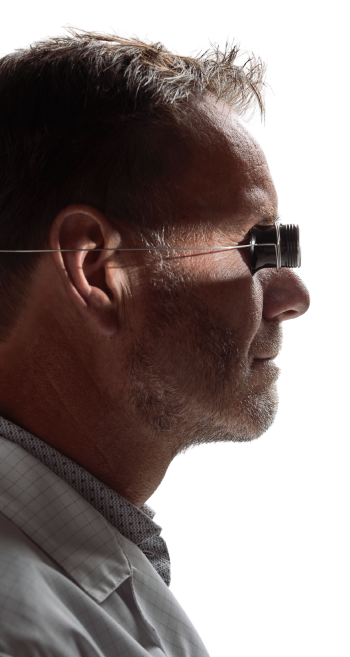 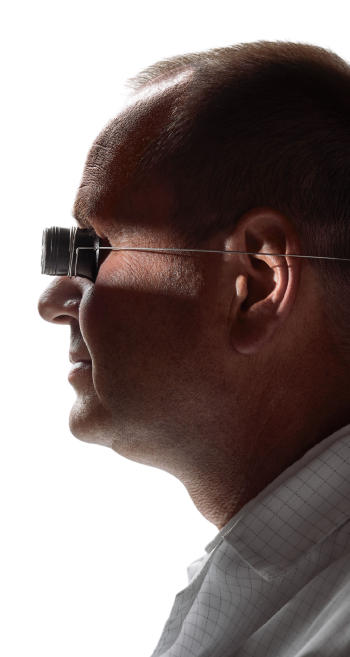